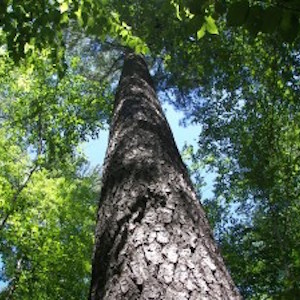 The highlights of the natural area are the stands of old-growth conifers dominated by hemlock, along with super-canopy red and white pines. They're found in the area of the Cathedral Pines hiking trail, the west-central part of the complex, the uplands bordering McCaslin Brook, and near Archibald Lake. A few rather dry areas along Archibald Lake have younger stands of red pine, sometimes with thickets of hemlock, balsam fir, and hazel beneath. A large colony of reproducing Canada yew also occurs along the lake. Several wet-mesic forest types occur in the McCaslin Brook floodplain, including red maple-black ash-elm, hemlock-white cedar, and mixed hardwoods dominated by yellow birch. Most stands are quite small due to the narrowness of the floodplain and the varying hydrological conditions. The largest white cedars in the complex are found along the creek, often extending up the steep slopes where they become mixed with hemlock and white pine. In places, ephemeral ponds and small open areas form interesting habitats for rare plants, including sweet colt's-foot and woodland horsetail. Numerous small kettle ponds and bogs are located in the pitted area just north of Archibald Lake. These are usually bordered by sedges and grasses and some are nearly filled with cattails and other emergent aquatics, providing good waterfowl habitat.

In general, the forests here have had a relatively light management history and the present species mix appears to be similar to that of presettlement times. An active Great Blue Heron rookery is found in the red and white pines traversed by the hiking trail. Visitors should be very careful not to disturb the birds and rookery in the spring, as too much disturbance may force the herons to abandon their nests and relocate the rookery. Cathedral Pines is owned by the US Forest Service and was designated a State Natural Area in 2007. 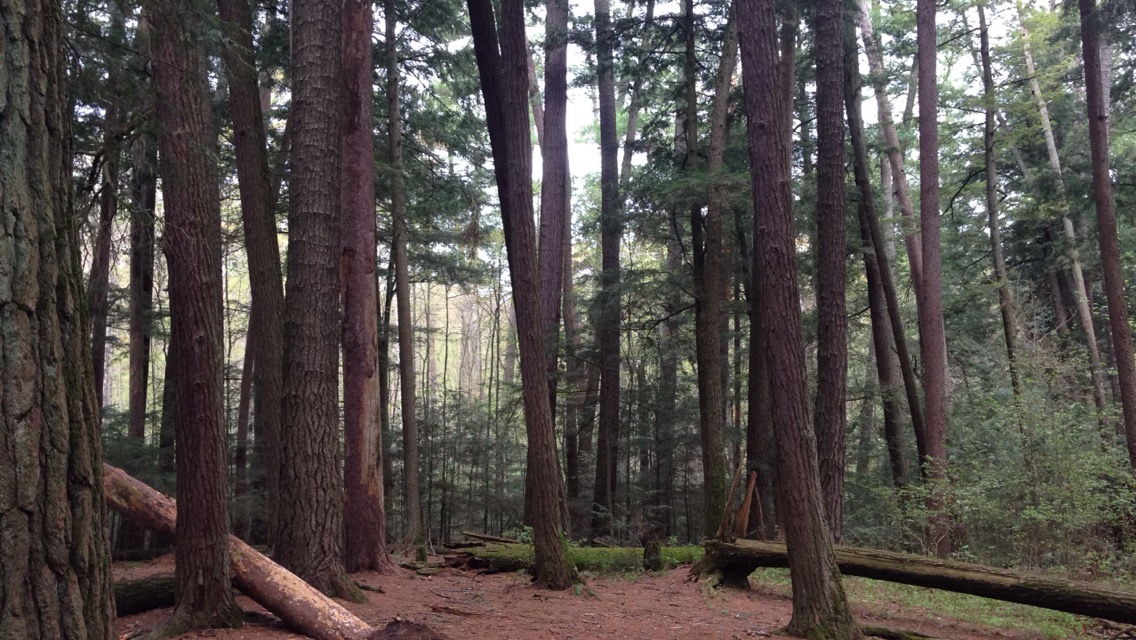