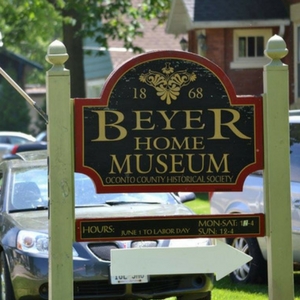 Beyer Home
This historic house was built in 1868 by Cyrus and Kitty Hart; it is believed to be one of the first brick homes in the county with the bricks being shipped to Oconto from DePere. The building passed through several owners before becoming the home of George and Fanny Beyer in 1881. Though the original structure was an Italianate-style, the Beyers remodeled it into a Queen Anne style home adding a wrap-around porch, three-story tower room and entry, a south bay addition, and new windows, many of which included leaded glass.

In 1941, the county acquired this home and turned it over to the county historical society with the stipulation that it become a museum for all to enjoy. During the 1970s, the society undertook a complete interior restoration of the home to the 1890s. Now the building is open to the public as a fine example of how the small town wealthy lived. It was placed on the National Register of Historic Places in 1979.

Carriage House
Restoration of vintage vehicles belonging to OCHS began in September 2012 when the Studebaker fringe-top surrey was moved from the crowded urban barn to a local residential workshop.  Once the restoration was complete, it became apparent that it was not wise to return the vehicle to the barn that lacked climate control and protection from animals.  Thus began the drive to build an addition to the George E. Hall Annex to properly house the vehicles in the collection.  The Grand Opening on May 12, 2016 was the culmination of countless volunteer hours and many generous donations. The Historical Society is forever grateful to the Leon H. & Clymene M. Bond Foundation for its kind donation which provided us sufficient funds for construction.  The 5,200 square foot addition boasts a meeting room with warming kitchen, gift shop, and amenities.   The display room showcases the vehicles in the collection, many of which have been beautifully restored.  Exhibit text and photos enhance the experience.

The collection includes a dugout canoe and birch bark canoe traced to indigenous tribes in the area.  Other water vehicles   include an ice sleigh used by local Norwegian fishermen and a Cruisers boat donated by KCS International.  The horse-drawn vehicles on display include a road cart, a drop-front phaeton, a Studebaker fringe-top surrey, a leather-top surrey, a five-glass landau, and a Studebaker water wagon.  Two cutters and a two-seated sleigh are also exhibited.  Motorized vehicles include a 1911 Waverley electric car and a 1931 Detroit Electric car, as well as a 1958 Ford Fairlane 500 hard-top convertible owned by Leon Bond.  Displays featuring a four-foot model ship made by Cyrus Hart, a fire hose cart, the Park Avenue Circus, the Oconto Brewery, and the Stanley Toy Factory complete the exhibits. 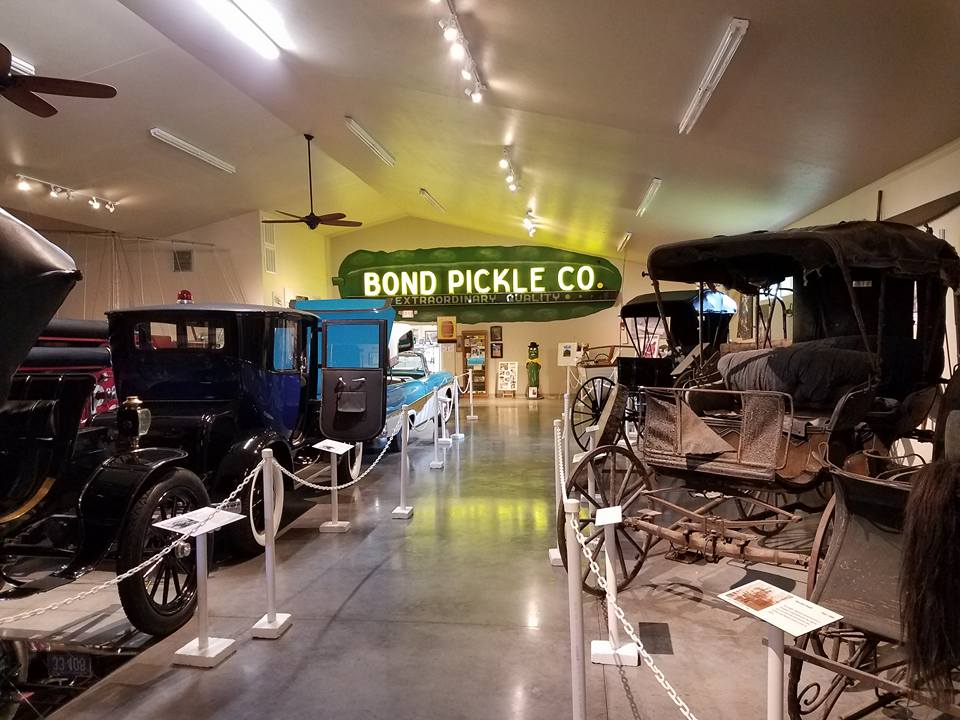